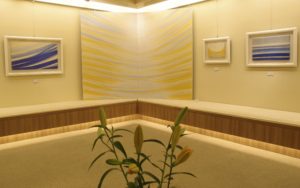 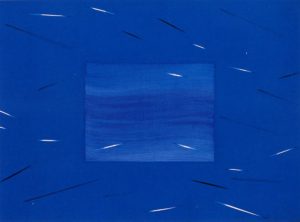 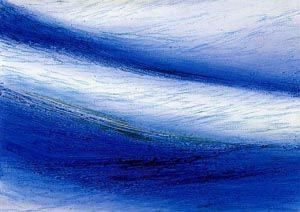 Day-to-day clamor…
Let’s not float away despite this din.
In one day let’s live a lifetime.

Falling down,
One petal of snowflake
Unlimited time is felt.

Looking to Heaven,
With the flowing river,
We travel this path.

愛されている人より
愛している人のほうが
素的だ
Instead of a person, who is loved,
One, who loves,
Is beautiful. 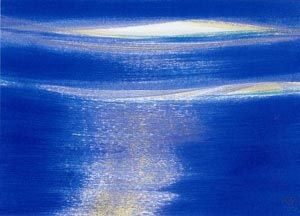 The Waves of the vast sea are like the breathing of the Earth.
Let us surrender to the sounds of the Waves.  Let us sleep like a babe.​

すべてをふり捨てると決断したら
勇気が湧いてくる
今日のこの一歩を踏み出す
Ｗhen one decides that everything will be thrown out
Courage builds within.
Today’s one step is taken.