Forty-five years have passed since I started expressing the invisible world of “Heart” and “Spirit” in a picture. Recently my works are often called the paintings of “quantum cosmos” or “wave motion.” I am deeply moved by the fact that people have accepted such a picture world.

Using the traditional Japanese paper, Eri Kijima, my daughter began to express something which succeeds in Japanese tradition. I suppose she also wants to extend her activity overseas.

By the way, we are now facing worldwide the calamity of COVID-19. However, when it is settled down, I think a new era will come, and the invisible world will be more important in the new era. I wrote an essay of similar content in the book “Hymn of Love from the Universe (Paintings and essays),” issued the year before last.

I would appreciate it very much if you would read the book. “Miracle of golden color,” a new official home page of Emiko Horimoto, will soon be completed. I hope you can enjoy the world of paintings where, hopefully, you feel your energy spring out.

I look forward to cooperating with you in the coming year.

“The Message from the Universe” 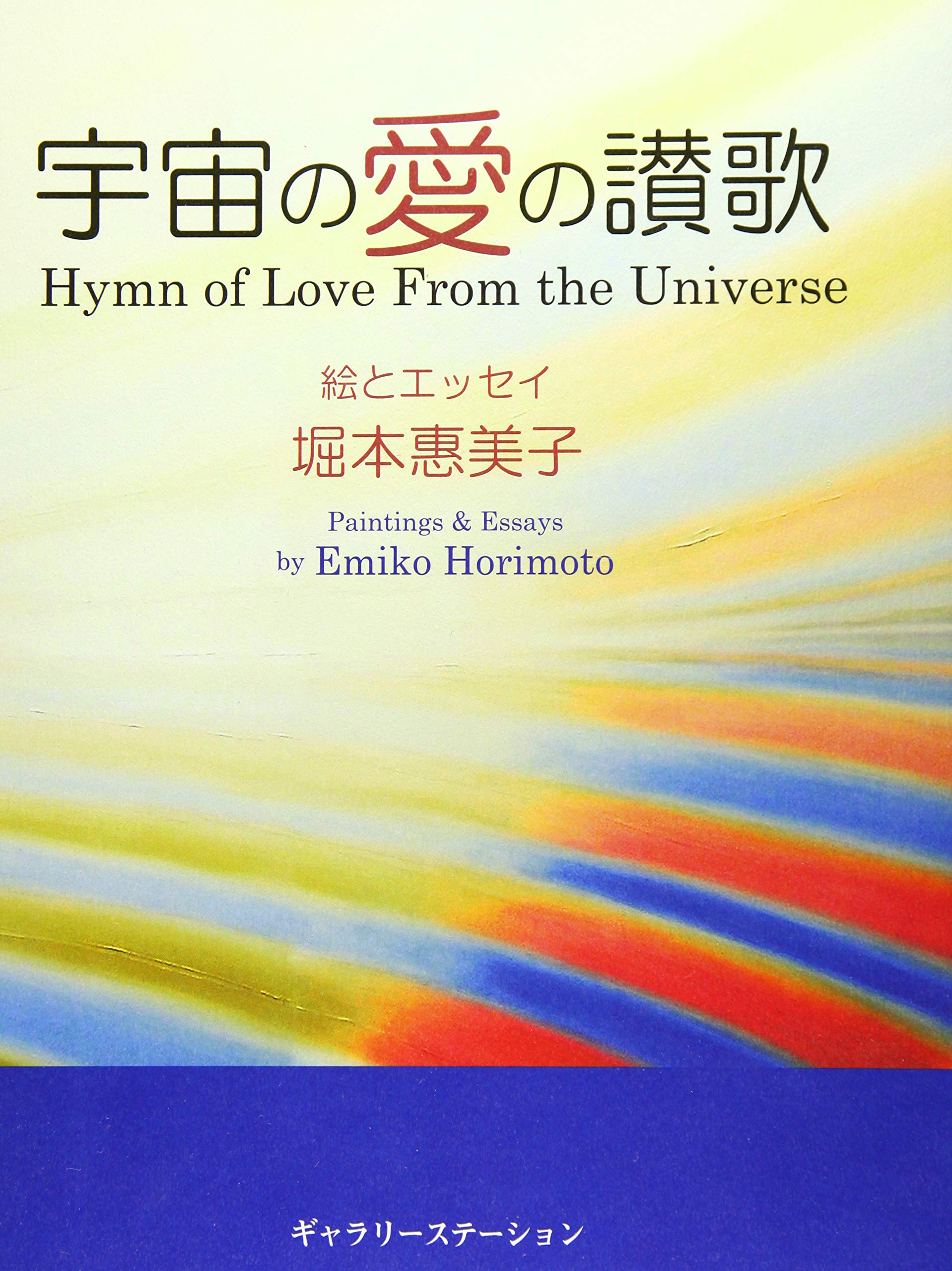 Hymn of Love in the Universe [Emiko Horimoto]

Paintings and Essays by Emiko Horimoto

It’s been 45 years since I drew “Love in the Universe.”

A painting of “Spiritual energy” where miracles are occurring, where “peace of mind” and “living energy” springs up